Rachel spends her days processing the client contracts, communicating with the title companies, providing status updates for the real estate agents, closing out the transactions and processing commission payments. It’s quite the workload for a new member of The Bob & Ronna Group, but it doesn’t rattle her. “I’m support staff, but I feel like I have a support staff myself. You can ask anyone anything and they will take the time to sit down and explain it to you.”

Rachel, who has a degree in mass communications from Towson University, said her role is unlike anything she has ever done before, but after the first month, she said she felt like an old pro. “I picked it up really quickly, and pretty much after my first month here I had my workflow sort of pinned.”

Rachel’s initial attraction to the Bob and Ronna Group was as simple as, “I always drove past their office, and I would see their signs around and I just thought it was the cool real estate company. I also just thought that the name ‘The Bob & Ronna Group’ had a ring to it.” Originally, Rachel applied for the Inside Sales Coordinator position through LinkedIn, but after speaking with Ronna, it was clear that it wasn’t quite the position for her. Her fears of being turned away were assuaged when Ronna assured her that she’d find a position for her. “She told me that when she likes a person she will find a place for them, and that was really nice to hear.”

Sure enough, Rachel has certainly found her place in The Bob & Ronna Group and plans to continue to grow within the company. “It’s really nice because they always make you feel like there are more opportunities to be had.” In fact, she is looking into getting her realtor’s license. “Not only would it allow me to communicate more with clients and help in my current role, but I might want to work more directly with the houses because I think that would be really fun.”

As an only child, Rachel has come to cherish the family-oriented feeling of the office. “It really is like a home away from home there. I don’t ever feel like I am itching to get home because it feels like another family.”

In the office, Rachel’s meticulous work ethic serves her well. “I’m very organized, which is a great thing because I am dealing with all of the documents and contracts.” However, outside of the office, she describes herself as more of a free spirit. When she isn’t roller-skating, rock climbing or swimming, she is busy working on her Volkswagen GTI. “I’ve kind of become a car girl, and I have learned how to work on my car, which I really enjoy because it gets me outside and it’s really an empowering activity.”

Recently, Rachel’s adventurous nature was revealed in the office where she bravely ate a dark-chocolate-covered cicada. “I’m an adventurous eater, I figured I would try one. It was like a chocolate-covered potato chip, I mean I wouldn’t do it again, but I really wanted to be able to say that I had done it.” 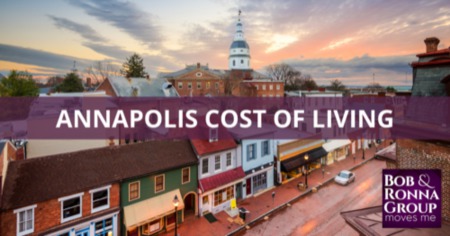 Moving Guides
Cost of Living in Annapolis MD: 13 Essentials to Include in Your Budget
BY Brian Alexander

Moving Guides
What Is Living in Annapolis MD Like? 13 Things to Know Before Moving
BY Brian Alexander

Moving Guides
How to Use Ellicott City Public Transportation: A Local’s Guide to RTA & MDOT
BY Bob and Ronna Chew

Have a Question or Want a Free Market Report?

Contact Me
Questions? I'm Here to Help
Recently From Our Blog

Cost of Living in Annapolis MD: 13 Essentials to Include in Your Budget

What Is Living in Annapolis MD Like? 13 Things to Know Before Moving

Have a Question or Want a Free Market Report?